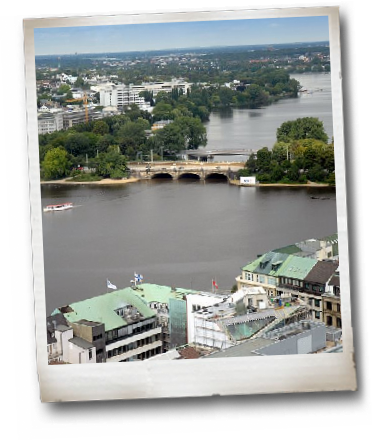 Around the Alster lake

Those who are lucky enough to live around the Alster lake have the best addresses in Hamburg. This tour shows you around through the neighbourhoods of the rich through Rotherbaum, Harvestehude, Uhlenhorst and Winterhude, and features the following:

The tour at the Alster lake usually starts at the “Dammtor” train station.
The meeting point will be between the both main exits.
The best way to discover the Alster lake is by bicycle or with a bus.
The tour will last at least two hours, with a maximum length of four hours.

The new symbol of Hamburg! Already more than 12 million visitors at the platform “Plaza” and 2,5 million guests at the concerts of our new classic music concert hall. Look at the Elbphilharmonie Yourself!